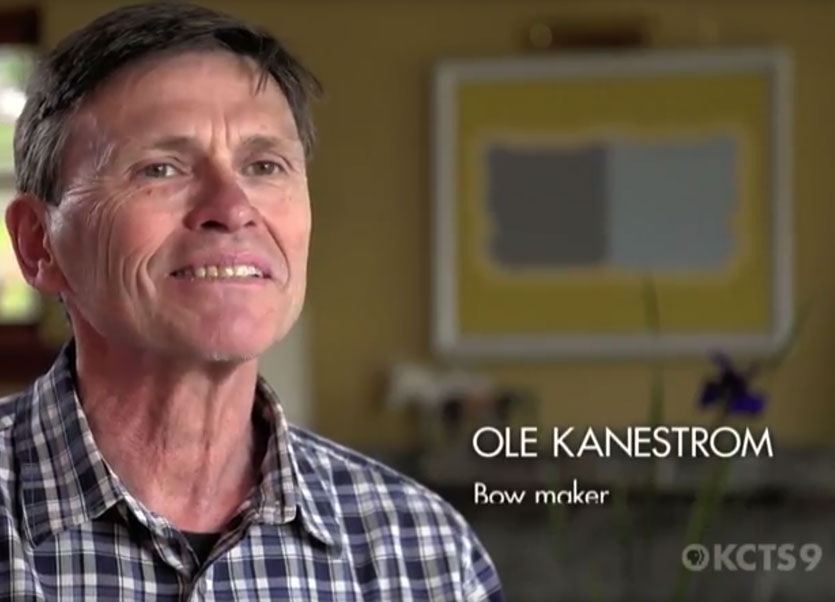 Ole Kanestrom leans over his workbench, insistently shaping a long, slender piece of amber-orange wood. Thin kinky shavings come off the plane as he makes pass after careful pass.

In his Port Townsend studio, he is practicing the art of bow making — an art perfected by French bow maker Francois Tourte 230 years ago that has changed little since.

Kanestrom is part of a community of bow makers who has made the quaint Victorian seaport the capital of bowmaking in North America.

The Port Townsend phenomenon happened after two pioneering artisans, Charles Espey and Paul Martin Siefried, arrived decades ago, attracted to the town’s marine and boating culture. Both were renowned bow makers and they passed on their knowledge to apprentices. A third generation of Port Townsend bow makers has arrived, with 23-year-old Cody Kowalski, a former Espey apprentice, winning recent international medals.

“There are bow makers who have come to study with Paul Siefried, and also Charles, from all over the world,” says Kanestrom, who studied with Espey. “It was one of the most difficult times of my life, learning how to be a bow maker. The craft is not a simple one.”

CONTINUE READING THE ARTICLE AT KCTS9


Warning: count(): Parameter must be an array or an object that implements Countable in /home/kanestro/public_html/templates/moviedom/html/com_k2/default/item.php on line 156